The violations ranged from discarding Qurans in drainage systems to the desecration of the Quran by prison guards.

Such disrespectful treatment of the Muslims’ holiest book in Saudi Arabia provoked reactions on social media.

The violations of the Holy Book are extremely disrespectful to the Muslim community, but also to other communities since it would not be right to attack and violate any other Holy Book.

Saudi Arabia represents the birthplace of Islam and the main center for Islamic practices, but the country has taken part in many religious violations. Islam invites and encourages respect for all, but in Saudi Arabia:

It is still extremely unfortunate that the birthplace of Islam does not respect its branches.

The attacks on the Holy Book are disrespectful and a violation to all Muslims, and should not be tolerated. It is not the first time, and it will not be the last if no actions are taken.

The disrespect of the Quran has also been reported in non-Muslim countries, and just as the incident in Saudi Arabia, they are worrisome.

On June 10th, in Germany, two different Mosques were attacked in the cities of Kassel and Brennan before the morning prayer, the Central Kassel Mosque, and the Rahman Mosque. The criminals not only smashed windows, but they also tore apart many pages of the Holy text.

A week after the attack, the incident in the city of Khaybar in Saudi Arabia was reported. In spite of the fact that Muslims publicly condemned the action and demanded an explanation, no action was taken by this Kingdom. The sources stated that the Saudi Ministry of Islamic Affairs condemned and slammed the incident too.

VIOLATIONS TOWARDS ALL  MUSLIMS

The Saudi Kingdom is long known for its violations toward minorities, including Shia Muslims. It appears that the Saudi government is now taking violations to the next level by targeting all Muslim’s values and beliefs. Disrespect to the Quran, as the only and most important Islamic resource shared between all Muslim branches, is a clear example of gradual violations by this Kingdom.

These violations serve as a reminder that even though direct violence did not take place, peace, tolerance, and overall reform that are promised are far from being reached. It is extremely important to increase awareness and bring people to justice because until then, violations will continue to grow. 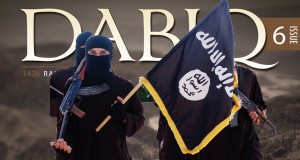