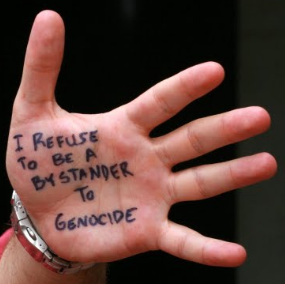 When Secretary of Defense Carter openly stated that ISIS is committing genocide against minorities in the Middle East, he became the first to blatantly acknowledge the hardships that these minorities face every day. Neither the Iraqi government nor the United Nations have called the violence in the Middle East what it rightly is: a genocide, an ethnic cleansing, and a crime against humanity.

ISIS has been called barbarism in its most evil sense. It has no morals, follows no rules, and has no limit to the amount of suffering it is willing to bring to the world. Its members are conducting a systematic genocide of Christians, Yezidis, and Shia Muslims. ISIS abducts, rapes and kills women and children, leading to widespread trauma and a mental health crisis. ISIS has also launched chemical attacks against the Turkmen, leading to future health complications down the road, and fueling the vicious cycle of violence. More than 1500 Iraqi Shia are killed to suicide attacks every year adding to the number of widows, and orphans and endangering this communities over all welling.  In 2003, there were approximately 1.5 million Christians in the Middle East. Today, there are just 250,000. Christianity is on the verge of being exterminated in the Middle East. What was once a vibrant, multi-cultural and multi-religious region is experiencing one of the worst ethnic cleansing our world has witnessed. Today, there are 1.8 million people displaced in Iraqi Kurdistan, 60 million refugees, the most since WWII, and only 55% of children in school. ISIS is terrorizing an entire region and crippling the whole society, and this may be our last chance to save it.

That’s not to say that nothing has been done, on the contrary, there have been many heroic efforts, but unfortunately they have also been inadequate. ISIS’s oil supply has been decreased by 30%, it is increasingly harder for them to sell antiquities, and in some places they have had to cut their fighters’ pay by half. Still, more needs to be done.

The plain truth is that the Shia and other minorities have been brutally murdered simply because of their faith. No one life is more important than another, but ISIS seeks to establish a regime in which this is not the case. These minorities in the Middle East are a broken people; robbed of their hope and confidence, their last result is survival mode. There is no safety and security for some groups if there is not safety and security for all groups, and in the Middle East today, many feel that they are not safe unless their own group is in charge. In this situation, there has been a lot of talk but no dialogue. The people themselves need to be consulted about the situation and how it should be mended. It is the responsibility of the international community, not just state and local leaders, to protect civilians. In a democracy, politics are not left just to the politicians. The international community is looking for reconciliation when it should first seek justice. This genocide is an ongoing crime against history that all nations must come together to stop.

While ISIS is to blame for much of the suffering in the Middle East, many blame their local government for not doing enough to prevent ISIS’s rise to power or for adding to the problem by their corruption. ISIS might be a moving, independent hand, but the impulse to move and control the hand comes from the brain.

There is also hope for an investigation into this genocide by the International Criminal Court. The ICC is a permanent, independent entity that investigates cases of genocide, crimes against humanity, and war crimes. However, it is unlikely that the ICC will be asked to investigate the genocide in the Middle East because neither Iraq nor Syria have signed nor ratified the Rome Statute. The minorities want international protection and recognition of the genocide that they are experiencing every day. They need stability, especially in the liberated areas, to have any hope of a better quality of life. Many of the citizens of the Middle East want some sort of international oversight, believing that if they never achieve that, they will never have a voice.

There are also some advocates who are pushing for the formation autonomous states for each of the minorities to live by themselves. These minorities want their own towns and governments, where they can live peacefully with others who believe the same things that they do. If this would happen to one minority, though, it would have to be allowed for every minority, since we can’t choose to support one minority over another. Whether or not this system would actually lead to peace is debatable. With no interaction, there is no reconciliation, and that only leads to isolation and festering wounds. However, based on the current situation in the area, all possibilities should be considered because we cannot afford to do nothing. Our melting pot idea will not work in Iraq, especially not now. For as proud as we Americans are of our heritage, we must be careful not to impose our beliefs and systems on others. Iraqis today are not focused on reconciliation, rather, they are simply focused on survival.

The bottom line to defeating ISIS is that we must protect the very people and ideals that ISIS attempts to exterminate. By protecting religious pluralism and the groups that ISIS is targeting, we show that this globally unified front will no longer stand for these gross violations of the Geneva Convention. We cannot focus simply on a military strategy, rather we must also concentrate on aiding and accepting refugees and supporting the communities into which they are relocated. We must work together to build peace at whatever the cost, including considering the idea of implementing another Marshall Plan. The world is experiencing a deluge of 60 million refugees, the highest number since World War II. We cannot wait for someone else to change the situation; people are dying, lives are being taken. We must act now. 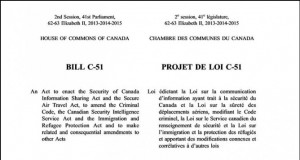