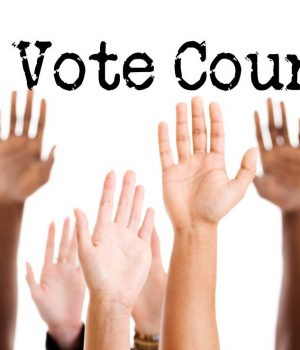 Let’s get real for a sec.

It’s 2016 and possibly the most important primaries in U.S. history are just around the corner.

So…. Why is everybody apologizing about political posts on social media?

Speak up and speak your mind! That’s what freedom is about! Don’t be sorry you have an opinion, be proud of it! We don’t have to agree, that’s the beauty of democracy. Do I think you’re dumb for supporting Trump? Yes, yes I do. But you probably think I’m dumb for supporting Hilary. And that’s okay. That’s what democracy is. We are supposed to disagree and get angry at each other for the way our country is working. That’s how we change, from passion. What we’re not supposed to do, is defriend each other based off of our political discrepancies. And what we’re definitely not supposed to do is to let these discrepancies cripple our ability to do what we’ve always done and shake hands and move forward as a country.

Most importantly what’s not okay; however, is not voting at all.

Yes, you do have every right to exercise your political opinions or even lack thereof. It’s how we learn. It’s how we grow.

Discussing these differences is crucial. Voicing our opinions on gun control, civil rights, drugs, etc. is how we enact change. Even voicing the notion that we do not have opinions on these movements is important. It helps us speculate the state of our country and allows ourselves to be vulnerable to the notion that maybe we don’t have an opinion and maybe we need to hear our friends out on some of theirs. OR maybe they just need to shut up. You get to decide. But, much like education, we should all have access to it at a basic level of which we are required to utilize. Then from there, decide whether or not we want to further these ambitions or lack there of. But also much like education, it affects everyone as a whole when one does not participate and thus must live off of our tax dollars that the rest of us are working hard to provide. So not participating in politics at the most basic level is a disservice to the entirety as it affects not just you, but all of us as a whole.

So with that, let us move forward to the 2 party discussion that many of us are dreading.

The meat and potatoes of this article, if you will.

It is what is.

While I understand there are other parties, such as independent, green party, etc. Let’s be realistic! You’ve got your die-hard republicans, your die-hard democrats, your somewhere in between and really don’t give a shit’s, and then you have a many of us who really would like to see a different party win. Or really, an entirely new system in itself enacted.

I for one, was one of those.

I must admit, I was impressed with Sanders. I think it’s fantastic he got this far. It shows our country has grown a lot but it also shows that we have a lot of work to do for the sole fact that we couldn’t get him into the primaries and instead, we got the candidates that we did.

But, much like a good relationship gone bad, it’s over now and your choices are Hilary and Trump.

To continue to mesmerize about what could have been will only be counterproductive and instead, we should remedy these focuses onto our next relationship and learn and grow from our experiences.

2. An independent is not a choice. (Theoretically speaking, of course). While yes, you do have a right to again, exercise your political freedom, a vote for an independent is merely a lost vote. The reason why is because it’s not who’s going to win and sometimes you just need to suck it up, and vote for the lesser of 2 evils.

While, I would have LOVED Bernie to win, he didn’t. So my choices are now Hilary and Trump and being angry about the notion that neither are my ideal choices is not going to solve the problem. The problem is much deeper rooted and the notion that these are the candidates we ended up with: a bigoted, racist fool and a lying politician (Sorry, Hilary supporters: it is what it is) shows us that as a country… THIS IS WHERE WE ARE! Like it or not.

3. We have a divide. And it’s not going to be fixed by not voting!

Let me say that again.

We have a divide. And the solution will not come from not voting, but rather the very opposite.

Similar to buying a new car:

Imagine this,
Your car gave out on you (whether you think it’s because it sucked the whole time or whether you cherished that car and feel it gave you its last bit… doesn’t matter, you decide). The point is: it’s about to expend its miles and in November, unless you make a decision: you’re carless.

Now, some of us might think this to be ideal. Man, I really don’t like my options for new cars and the payments that coincide. Plus, my car really didn’t do me much good last time. I mean sure, it got me from point a to point b (Sometimes). But, sometimes it stopped on me and sometimes it made this awful squeaking noise I couldn’t bear. Since I don’t like my new options, maybe I’ll just go without.

So, thoughtfully, your next option is this brand new BMW. It’s shiny, cooler than all my friends’ cars and boy, does it look expensive! It’ll definitely get people to notice me! The downfall… I’m a social worker. And buying this car is going to cost half my paycheck and really set me back quite a bit on all my progress I’ve made as an individual. Plus, I’m in the human services field and I’ve really been preaching the importance of philanthropy, so how is it going to look when I’m trying to help others but show up with a beamer to my volunteer work. …Might make a few people mad and lose some trust…But hey, at least that guy at the bar will notice me.

Finally, your next option is a used ford. Maybe not the best option, definitely has some miles. It did break down on your friend whom you’re buying it from a few times without warning And it’s not the most reliable, surely has caused some aches and pains financially. But it is safe and it’s going to get you from point A to point B without breaking the bank and setting you back on all of your financial progress and personal goals. Plus, it’s not a lifetime commitment and will at least do until I can get something better.

Now… here’s the catch: YOU HAVE TO CHOOSE. Because if you don’t choose, your friends will choose for you and then you’re really screwed and will have no say over your future once you pay this car off. Because whichever choice you make will set the pace for the next 10 years and even further. This decision will affect your ability to pay bills, further your career and your personal goals, as well as help others. And the wrong one could have detrimental effects on not just you but your relationships and other people as well.

The moral of the story: you have to choose. Life goes on. You can stop just because you hit a bump in the road… Choose what you find to be your best option and move on. Deal with whatever consequences come your way thereafter. And if you find down the road that maybe, although you tried your best to educate yourself and enact the best decision, maybe it wasn’t after all. And that’s okay too. Maybe next time it comes to buying a car, you’ll have done a little more research and gotten a few friends takes on which is the best or which isn’t the best. Maybe then you’ll gain a couple better options before you’re forced to buy. Or maybe you’ll make the right decision and be able to educate your friends on their mistakes next time around. Whatever the outcome, next time you’ll be more prepared. You’ll do your research and ensure better options before choosing. Remembering, however, that not choosing is going to do you the most harm. Because THAT’S giving up and letting someone else steer your future. And although I’m sure many of us would like to right now,

IT’S NOT AN OPTION!

Failure is. Giving up is not. 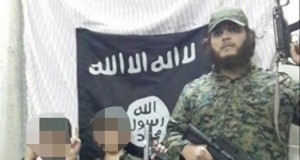