If David Cameron hadn’t already held enough skepticism in the eyes of women, and really any well-minded individual who promotes feminist values, in regards to achieving equity in the realms of equal rights, he’s sure to win them over now with his new foreign policy resolve requiring Muslim women to learn English if they are to be granted authority to stay in Britain.

Why you might ask? Well, because according to Cameron there is an unsparing link between language and extremism.

In an interview with NPR, Cameron stated that he believed learning the English language was a requirement of the right to reside within Britain and that those who failed to consent to these regulations, as a matter of English proficiency tests which Cameron had plans to set in place within the year, would likely be deported after a period of time in which he thought acceptable. And although Cameron vowed to spend nearly 30 million dollars over the next year on English training classes, which would undoubtedly aid in helping immigrants gain economic, as well as social status within the country, he discriminately targeted Muslim women, suggesting that religion is the main link in regards to global extremism, rather than underlying social and economic sparsities.

If that didn’t sound blasphemous enough, Cameron has also recently decreased female members of his cabinet from 4 to 3, according to The Guardian, reflecting “the lowest number for 15 years,” also stating that “the prime minister has a team almost 90% of whom are utterly unrepresentative of the electorate they govern in that they are white, male and rich” (The Guardian).

I don’t know about you, but seeing as how our greatest ally is suggesting infinite acts of discriminatory procedures towards women, right alongside us, who are allowing the forefront of one of the biggest historical elections to be a man who is flaunting his misogynistic, xenophobic, bigoted views, clearly shows the bigger picture of all that is wrong with the world and our lack of will to fix it.

“David Cameron Will Support Muslim Women- But Only When It Suits His Scaremongering Narrative.” The Guardian. Guardian News and Media Limited, 2016. Web. 11th February 2016. 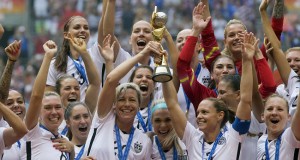