Information leaks are the Achilles heel of authoritarian regimes, which is why in recent years they have placed greater emphasis on the suppression of information that may threaten their domestic support. A battle that was originally carried out at news stations and on TV and radio has now moved to the internet. In the five annual comprehensive studies Freedom House conduct on internet freedom, overall internet freedom has declined in the past four years. Premier authoritarian regimes such as Russia and China have been vanguards of internet suppression but smaller authoritarian states have begun to catch up.

Hossam Bahgat has been a thorn in the side of the Egyptian government for years now, publishing stinging critiques of the government through meticulously researched investigative pieces. One such piece analyzed the WikiLeaks cable that revealed a behind-the-scenes attempt by the Saudi Foreign Ministry to halt investigations into attempts by Egyptian businessman Hussein Salem to smuggle assets of his out of Egypt with the assistance of Saudi intelligence. The most recent publication by Bahgat detailed a secret military trial of 26 officers who were charged with plotting a coup d’etat with the Muslim Brotherhood.

Both articles which were published on Mada Masr, of which Bahgat is a regular contributor. Less than a month after the publication of this most recent article Bahgat now finds himself in an Egyptian jail. Bahgat, following a return to Egypt after a stint as a visiting fellow at the School of Journalism at Columbia University was summoned by the intelligence services. Ordered not to bring his phone or to contact a lawyer, Bahgat would be interrogated for hours before being allowed to call a lawyer. The human rights activist and investigative journalist remains detained in an undisclosed location while the Egyptian government decided whether or not to take this case to trial.

As a critic of the Egyptian government, Hossam Bahgat has risked detainment similar to that which was faced by numerous members of the press including three Al-Jazeera journalists who were detained for nearly two years under charges of supporting a banned terrorist organization. This new wave of primarily online journalism has become a primary target for suppression. Under the guise of resisting foreign interference and fighting domestic terrorism, President Abdel Fattah el-Sissi has attempted to add legitimacy to his actions at home in the face of international condemnation.

Applying the motto of “fool me once shame on you, fool me twice shame on me” Sissi seeks to shut off the spigot of dissent before it has a chance to entrench itself into the populous. Unfortunately Sisi also has battle fatigue on his side. Following two gruesome uprisings in 2011 and 2013, many Egyptians who were once enthusiastic about the hope for a new country are now apathetic after being brought back to square one. Promising stability and economic growth, Sisi has found an audience among disaffected Egyptians.

Although the actions of President Sisi resemble that of an authoritarian that rules with impunity, it would be a mistake to assume that there is not a mobilized opposition. Organized labor has remained active under the Sisi administration with strikes and sit-ins by the textile and iron and steel unions. Hossam Bahgat exemplifies the persistence of resistance under immense pressure. Despite a shrinking environment in which to work, Bahgat has emerged as a unique voice that has remained defiant.

Bahgat’s condition remains uncertain as few details have yet to emerge regarding his case. As of the publication of this article, news has emerged that Bahgat has been released from military detention. The Human Rights movement is claiming a victory in this case but the long term conclusion of this episode is less than set in stone. Egypt’s strategic importance has largely shielded it from foreign pressure while its rhetoric and repression has shielded it from large-scale domestic opposition. That being said, many in the international community have been vocal in calling for the release of Bahgat, including the United Nations. Currently the Sisi administration maintains an advantage over the international human rights movement so any resolution to this conflict will be on its terms. 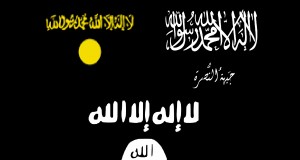