As children around the world went back to school for the fall semester two months ago, The Islamic State of Iraq and Syria (ISIS) unveiled its first curriculum for students in their territory. This militant group has been spending most of its time expanding its territory in Iraq and Syria while carrying out numerous violent propaganda campaigns so this curriculum is one of the first glimpses the world gets into how the group plans to govern what it has recently conquered. Rhetorically ISIS has emphasized a rigid interpretation of its brand of Islam, not tolerating any intra-religious or inter-religious plurality. This has been backed up with scores of gruesome executions and hundreds of targeted bombings against Muslim minorities and non-Muslim communities.

The rigidity of the rhetoric of the group has seemed to translate into policy as the new curriculum released by the group comes with numerous prohibitions that can only be found in a small handful of countries today. Music, Social Studies, History, Sports, the Arts, Philosophy, and Psychology are some of the subjects that are banned from ISIS schools. Also any classes about history, literature, and Christianity have been prohibited. Penalties for violating any of these prohibitions can be severe as many of the offenses could be punishable by death.

Parents of the children attending schools in ISIS-held territories are allowed to opt out of school based learning and homeschool their children but they are still required to teach the mandated material. Opposition to this plan is present within the territories as many objecting to this curriculum have voiced their opinions to news outlets around the world. Abu Hassan, a resident of Mosul, decided to homeschool his children but despite his general opposition to homeschooling he chose to do it because he believed “they will brainwash them and contaminate their thoughts”. Unfortunately, even with homeschooling, it will be difficult the ISIS message since what they will be teaching is ISIS approved material and they live in a society where the ruling authorities will try to reinforce these teachings at every turn.

In addition to the prohibitions contained in the ISIS curriculum, the things that will be taught are equally as troubling for parents in ISIS-held territories. Parents have objected to the curriculum on the basis that the subject matter is geared towards extremist activity. For example, a question in a math textbook asks questions such as “if the Islamic State has 275,220 heroes in a battle and the unbelievers have 356,230, who has more soldiers?” A retired school manager in Iraq scoffed at this math question, saying “parents shouldn’t even allow their children to go to school and read these…they will graduate as militant, rather than as doctors or engineers”.

This is clearly a revisionist curriculum that seeks to build upon the Islamic State’s success by cultivating support for their ambitions among the youngest and most impressionable of their subjects. Revising history to reflect a more favorable narrative for the regime is not new, this is common in all parts of the world. What the world is witnessing is a group that has established a state on shaky ground and is now building its legitimacy at home.

In such a formidable time in a child’s life, the exposure to a limited curriculum and one that glorifies the actions of ISIS could be very detrimental to the development of the up to 400,000 students in their territory. The international community may be outraged at the destruction of monuments and ancient artifacts but this outrage needs to be replicated for in issue as delicate and detrimental as the educational development of thousands of children. 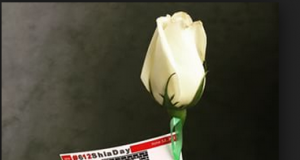