Despite the Child Soldiers Prevention Act of 2008, underage combatants have still managed to make it to the front lines . The terrorist organization Daesh, commonly known as ISIS, has been kidnapping, recruiting, and taking advantage of children to increase their ranks. These “Cubs” as they are referred to, are given not age appropriate jobs such as fighting in battles, espionage, treating wounded, ferrying munitions, snipers, and torturing prisoners (Human Rights Watch 1). With a dangerous spike in the number of Daesh cadets, the next generation of radical extremism is being bred from a young age.

Since the beginning of 2015, Daesh has recruited over 1100 children mostly between the ages of 10-15 (PressTV). This terrorist organization preys on disenfranchised youth caught between combat zones; it seems that these marginalized children are more susceptible to the organization’s indoctrination. Other minors voluntarily join Daesh due to family connections to other members of the group. However, the most despicable way these terrorists increase their numbers is through kidnappings. Saeed Mamouzini, a senior official from the Iraqi Kurdistan’s Democratic Party issued a statement informing the public on 27 July 2015 that 182 children were kidnapped from the city of Mosul, Iraq, few days prior to the statement (Shiite News). This reprehensible number is representative of the growing trend of terrorist organizations relying on involuntary membership to support their organizations. Once these cadets have officially joined the cause, the training begins.

The first month or so is relatively easy for the Cubs and typically, includes detailed memorization of the Quran and light physical exercise. Eventually they are given Quranic recitation tests during live battles to increase resilience and devotion under stress (Vinograd). After the religious indoctrination has begun, the organization teaches cadets how to clean, assemble, and shoot guns, a crucial aspect of training these children to be soldiers. They are often forced to shoot human targets at close range in order to create an emotional detachment needed on the battlefield. The most dehumanizing lesson taught at these brainwashing academies is how to properly execute beheadings. The children are given dolls in which they are instructed to practice their beheadings and even watch one happen live. Eventually the children participate in this barbaric practice. If a Cub shows fear during the exercise they are forced to carry the heads of the victim till they are entirely desensitized.

The children are also exposed to other horrid ISIS practices, including watching crucifixions and stonings (Berlinger). Unfortunately, while young boys are being trained as warriors, the girls as young as 11 and 12 are facing even worse atrocities. Instead of having to partake in the gruesome and inhuman battle lessons that the boys are forced to participate in, females are exposed to torture, forced marriage, and rape. The girls are also forced into sexual slavery by beings sold to or given as gifts to other members of Daesh (CBS).  In the period between December 2014 and June 2015, 40 young male recruits carried out suicide missions in Iraq (Shiite News 2). This atrocity is nothing short of disgusting. These cubs are not only being trained for battle but are now actively engaging in it.These young brainwashed children, with a tainted moral compass and an incorrect version of Islam are becoming nothing more than pawns on an international chess board.

Unfortunately this is the sad reality for many children in the Middle East with no real solution in sight. Long after the conflict ends, these kids will still be living with the psychological, emotional and physical damage forced upon them. Dr. Alexander Butchart, of the Department of Violence and Injury Prevention and Disability at the World Health Organization commented on the situation saying “Effective rehabilitation is extremely expensive and takes a long time” (WHO). Child soldiers are one of the most powerful weapons in Daesh’s arsenal. A whole generation of young lives is lost to the civilized world; prejudices are engraved in their minds with hate in their hearts. Maybe there is still a way to find salvation, but without the removal of Daesh, that may just be a pipe dream. 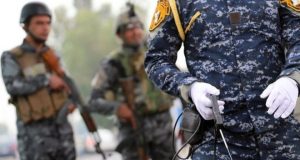 Who is Really to Blame for the Eid-al-Fitr Attacks?