On June 17th, 2015 a lone gunman walked into a bible study class at Emanuel African Methodist Episcopal Church in  Charleston, South Carolina and killed nine people (Savidage & St.Claire, 2015). The attack, clearly heinous and demoralizing in nature, was also very clearly a hate crime. The gunman had written a long, racist manifesto, which he published to a website he  moderated and named after the apartheid era country of Rhodesia (Ford, 2015). He admitted that the reason he chose Charleston was due to the historically high population of African Americans residing in the town. He chose the Emanuel AME Church specifically because of its roots as a historically black church (Apuzzo, Schmidt, & Pérez-Peña, 2015).

Since the attack there have been a number of nation-wide discussions. While the topics of gun control, mental illness, and systemic racism have all been discussed, it seems that many conversations have focused on a topic a little different: the Confederate flag. Like most symbols, the image of the Confederate Flag, which can be seen everywhere from on bumper stickers to on a flagpole outside the South Carolina Capitol Building, means very different things to different people. Certain members of the community, as well as select historians, view the flag as a piece of heritage, not of hate (The Guardian, 2015). To them it is a symbol of history and freedom; of independence and what it means to be part of the south. Conversely, others view the flag as a symbol of white supremacy, racial injustice, and a tie to the area’s slave-owning past.

Unfortunately, throughout the history of towns such as Charleston there has been a one-sided monopoly over the public discourse and public memory in regards to the Civil War. While it is true that the Civil War began for a number of reasons, by 1863 President Lincoln had effectively focused on the issue of slavery and made the war a ‘war for freedom’ in the eyes of the Union as he delivered the Emancipation Proclamation (“The Emancipation Proclamation” 2015).

This focus and meaning of the Civil War and the black experience that is presented within the South Carolina community is very different than that presented in northern states. In a comprehensive historiographical analysis of public memory in Charleston specifically, Roberts and Kytle argue that there has been a systematic whitewashing of history within the city and that, by the mid 1900’s, the memory of slavery and the African American experience had all but been erased from public space (Roberts & Kytle, 2012).

Today two monuments exist in Charleston that represent the historical experience of the black community. Not built until 2008 and 2010 respectively, ‘A Bench by the Road’ and the ‘Vessey Monument’ are located in remote areas away from tourists centers and outside the cities historical districts (Roberts & Kytle 2012, 684). This is juxtaposed by the vast existence of monuments to Confederate heroes and the expansive use of Confederate imagery.

In 1961, in the midst of intense debate over segregation and civil rights, the Confederate flag was raised above the State Capitol dome in Columbia, South Carolina in honor of the centennial of the war (Botelho & Grinberg, 2015). The flag flew below the American flag on the dome until 2000 when it was moved to a flagpole next to the Confederate Soldiers Monument (Lavender, 2015). Since the end of the Civil War there has been debates over the symbolism of the Confederate Flag in recent years the controversy around them flying on government property has increased.

During the 2012 Presidential Elections one of the only things that Mitt Romney and Barack Obama seemed to agree on was that the flag should be removed from the South Carolina state property (Lavender, 2015). In light of the Charleston shooting there has been an overwhelming public demand for the flags removal. On June 22 South Carolina Governor Nikki Haley, supported by Republican senators Lindsey Graham and Tim Scott, called for the removal of the flag. A move that would require a two-thirds majority vote in the state legislature (Lavender, 2015). Instead of waiting on the vote to happen, one North Carolina woman took it upon herself to scale the flagpole and remove the flag herself (Botelho & Grinberg, 2015).

The issue has spilled over into other former Confederate States as well. Since the shootings in Charleston the Governors of Virginia, Tennessee, and Georgia have either ordered or spoken in favor of the removal of specialty license plates depicting the flag, Mississippi’s State House Speaker advocated for changing the official state flag, and Alabama’s Governor Robert Bentley ordered the immediate removal of the flag from state grounds (CNN Wire, 2015).

Many of the politicians advocating for the removal of confederate flag imagery from governmental property do so in recognition of the conflicting interpretations. Senator Lindsey Graham said that South Carolina “will never be able to move forward if [they] don’t take the flag down” (Gass, 2015). These are politicians who have immense pride in their states and believe in the good aspects of the Confederacy. However, like many others in the area, they are also beginning to see that the Confederate Flag can be used and interpreted in a much more sinister and divisive way.

The Civil War and the symbols related to it have two very different interpretations and to some the image of the Confederate flag evokes positive feelings of southern pride. However, these positive interpretations do not negate the fact that today an overwhelming amount of people, both in America and abroad, view the same flag as a symbol of oppression and slavery. 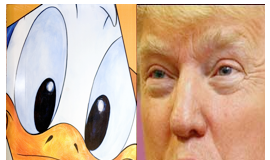