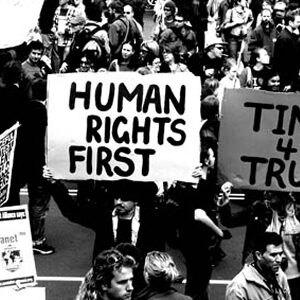 More often than not, critics underestimate the ability of human rights organizations to provoke change. Despite the lack of incentives to support dire situations, human rights institutions take the cause upon themselves in hopes of shifting the current status quo. The story of Annette Lu provides an example of how one human rights organization meant the difference between prison and freedom. Her story shows the positive effect that a single organization can have in the world.

In an event hosted by Amnesty International on June 22, 2015, Annette Lu discussed her story and how a human rights organization changed her life. She began rising the political ladder in the early 1970s in Taiwan. She was a member of an opposition party against the oppressive regime in place at the time. Her democratic and feminist ideals were in direct contradiction of the paradigm put into place the Taiwanese government. In an example of the lengths the government would go to suppress ideas, Annette Lu received 12 years in prison on the charges of violent sedition after she delivered a twenty minute speech at a human rights rally in 1997.  Although imprisoned, Annette never lost sight of her goals and, despite very rigid rules in place limiting freedom of expression, she passed her time by writing a women’s rights novel on the only medium available: toilet paper. This is crucial in understanding Lu’s role in activism while arbitrarily incarcerated by an oppressive regime.

While all of this was transpiring halfway across the world, a single activist from Albuquerque, New Mexico worked tirelessly on her case. This activist from Amnesty International set in motion a global movement for the release of Annette through petitions, protesting, and collaboration with other institutions.  This humanitarian effort managed to alleviate Lu’s prison term from 12 years to 1,933 days, roughly about five and a half years. The simple fact that Annette Lu walked out of a prison cell early because of a single activist’s voice, is undeniably impressive. While Annette Lu’s story was highly publicized, many cases similar to hers have been swept under the rug. The problem that arises with many political prisoners is the lack of transparency in captivity by oppressive regimes. No government is going to provide unrequested details about prisoners it keeps unless directly addressed. Had Annette Lu not been arrested directly after an anti-government speech in public, her case might have been forgotten just like countless others.

Annette and other opposition leaders withstood the tribulations the oppressive regime posed, and remained symbols of democracy for the people of Taiwan. Not only did the system of government change, the way people thought and acted progressed as well. Annette Lu became Vice President of Taiwan for eight years, paving the road for democracy through her actions. Since the implementation of the new government, Taiwan has become one of the most tolerant and peaceful countries in the world. Feminism in Taiwan, which grew exponentially under Lu, has become so apparent that both upcoming presidential candidates are females as well. The religious community in Taiwan is extremely diverse with approximately 28 different religions being practiced with the country. Despite this, there remains little to no religious conflict. Under Annette Lu, Taiwan hosted a global peace assembly in 2001, which involved 38 countries, increasing Taiwan’s legitimacy in global politics.

Human Rights organizations are at the forefront of the battle for freedom and justice. Organizations like Amnesty International bring a voice to the silenced by oppression and offer protection to innocents. Annette Lu’s life is a success story about how activists can impose change from anywhere in the world. Had no one taken a stand for Annette’s situation, there is a strong chance she would have never been released, and Taiwan would not have made the cultural and political transition to a free and democratic nation. Her story serves as a reminder to organizations that change can be implemented. There are numerous solutions to conflicts; all it takes is unwavering persistence in the face of adversity. While the human rights field is consistently an uphill battle, victory is a difficult but achievable concept. From a human rights perspective, creating awareness and advocating change are stronger and more effective weapons than guns, bullets, and violence in the war for freedom. 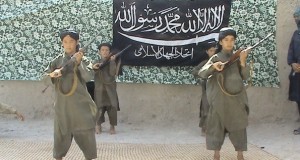