Behind Afghanistan, Uzbekistan is the most populated country in Central Asia with 30,073,353 people (July 2014). Uzbekistan also has the largest military in Central Asia, with 65,000 soldiers.[1] Efforts to undermine the foundations of Islamic terrorism were limited by the United States’ support of the unpopular and repressive Karimov regime. Unrest created by the authoritarian regime lent to the resurgence of the International Movement of Uzbekistan (IMU) as a more deadly criminal and terrorist organization. There is a greater risk to U.S. interests in Central Asia with the evolution and internationalization of the IMU, especially after the Andijan massacre in May 2005.

Islam Karimov has been President of Uzbekistan since 1990. The regime continues to resist reform and ignore the country’s constitution. Karimov granted the U.S. use of the Karshi-Khanabad (K2) airbase in southern Uzbekistan in October 2001. U.S. aid to Uzbekistan was increased to $162 million in FY 2002. Human rights groups criticized the strategic aims of the DOD as superseding the democratization agenda in Uzbekistan. Richard Weitz, a senior fellow at the Hudson Institute, states, “They believe that extreme penury, repressive regimes, and drug money are fueling Islamic extremism.”[2] U.S. support for Karimov hurt U.S. regional interests over the long-term. The decrease in U.S. legitimacy limited the goal of maintaining a presence near Afghanistan, Pakistan, and Iran.

Diverse and interspersed populations, complex borders, dwindling resources, and religious extremism contribute to instability in the Fergana Valley, long the agricultural and population heartland of Central Asia.[3] Opium trafficking is rampant with the porous borders of Kyrgyzstan, Uzbekistan, and Tajikistan in the Fergana Valley region, where the IMU represents the convergence of crime and terrorism. On the edge of the Fergana Valley, Andijan is the city-center of Uzbekistan’s Andijan province in southeastern Uzbekistan. According to Human Rights Watch, Uzbek government forces “opened fire on the Andijan protestors indiscriminately and without warning.”[4] The Andijan protests were organized in response to the June 2004 arrest of 23 local businessmen on charges of religious extremism. An estimated 750 to 1,500 protestors were killed by Uzbek government forces. Karimov labelled the protestors “Islamists” and government investigators claimed the “terrorist acts in Andijan” were planned by “foreign forces,” including the IMU.

The IMU formed as a successor to Adolat, a Salafi Islamist Group from Uzbekistan’s Fergana Valley region founded by local mullah Tahir Yuldashev (killed in 2010 by a U.S. drone strike in South Waziristan) and radicalized Uzbek paratrooper Jumaboi Khojayev (killed in 2001 during the Fall of Mazar-e-Sharif in Afghanistan). To increase their presence in Central Asia, the Pakistani ISI provided early funding and sanctuary to the IMU. Yuldashev and Khojayev were initially affiliated with the more moderate Islamic Renaissance Party of Tajikistan during the Tajik Civil War. The IMU was then drawn into broader alliances with the Taliban, al Qaeda, and the Haqqani Network. In 2010, the IMU, in moving away from their historical connection with the Tajiks of the Northern Alliance, expanded their influence in northern Afghanistan’s Takhar Province. The group took Tajiks, Kazakhs, Kyrgyz, Uighurs, and ethnic Uzbeks from northern Afghanistan as recruits.

Ten IMU gunmen attacked Jinnah International Airport in Karachi on June 8, 2014, leaving 34 dead. As the IMU has been implicated in a series of similar attacks in Pakistan, Anne Stenersen of the Norwegian Defence Research Establishment suggests the Pakistani Taliban’s use of the IMU as a strategic asset.   Though their initial communique called for the overthrow of Karimov and the imposition of Sharia in Uzbekistan, the IMU pledged allegiance to ISIS on September 26, 2014 after al Qaeda and ISIS declared a ceasefire. The IMU has expanded in Afghanistan, Pakistan, the Fergana Valley region, and in the mountainous region of Uzbekistan’s Surkhandarya administrative region.[5]

The expansion of the IMU is, in part, correlated with the increasingly repressive Karimov regime, which labels any opposition as “terrorist” or “Islamist.” With a corrupt and inefficient government, most of the protests in Uzbekistan center on economic grievances. “The World Bank calls Uzbekistan a ‘Low-Income Country under Stress,’ a polite term for a state at serious risk of failing.”[6] After being greatly diminished during the 2001-2002 U.S.-led invasion of Afghanistan, the IMU rebuilt itself through increased drug trafficking, transporting Taliban-produced heroin into Europe from Central Asia, and via funding from other terrorist organizations. After the Andijan massacre, the Uzbek government ordered the U.S. to leave K2. Uzbekistan, which allows no religious activity outside of state-run institutions, has since moved closer to China and Russia. 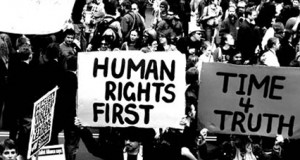