Rape. The word itself sends chills down one’s spine in wondering how someone could ever commit such an atrocious act that clearly violates the rights of an individual; yet, the acceptance of rape culture continues to receive a starkly growing silent approval, rebirthing and spreading itself as if it was a self-replicating molecule trying to protect its origins through the act of procreation. The notion of a growing rape culture is particularly relevant within newer generations, especially that of the college community, which this article will focus on.

In the fall of 2014 I had the opportunity to attend an internship program based out of Washington, D.C. Being a student at a university in Florida, I found this to be an extraordinary opportunity- one that I could simply not pass up. With D.C. came new experiences, opportunities and life-long friendships, including a particularly thought provoking experience I acquired with an acquaintance I met whilst in the area. In fact, it was this friends experiences that would be life changing and continuously thought provoking throughout the rest of my internship program, as it would ultimately shape the way I viewed not only human rights (something I am currently studying), but also my overall understanding of corporate motives especially in regards to a globalizing world.

My internship started in September, but it was October when things got interesting. On a Monday evening I came home from my internship to find a friend of my newfound acquaintance in distress. It seems that this acquaintance had attempted suicide the previous weekend and relations had intensified between not only her and the corporation through which she worked, but also through her and her university. Digging deeper into what had happened, I found that my friend, who had been “date” raped by a star athlete at a university in the northeast the previous year, had found herself in troubled thoughts on the anniversary of this happening and thus in a rash decision decided to overdose on pills. Appreciatively, she survived and is now well. However, the implications in which her (now previous) university, as well as her place of work (who supposedly aimed to promote wellbeing and prosperity among its employees), inflicted on her were startling.

Due to lack of evidence (as is the case in numerous instances of date rape), the case against said perpetrator was dismissed. Although insistently aware of who committed the crime (someone who lived down the hall in her dormitory), the university insisted that she remain silent, refusing to arrange different living arrangements for her or him, implying, as in numerous stories across an array of universities annually, that this could trouble their reputation in regards to this athlete who probably brought in the university annual mass profits. Due to this, my friend was not only oppressed in being silenced to speak her mind (in total disregard of her inherent rights as cited in the UDHR, which she would later speak about on national television causing the university to receive ample unwanted attention), but was then scolded by her university for having attempted suicide in the first place, being dismissed from the school on a charge of “liability” concerns.

So, not only was she harassed by her university regarding the unwanted publicity that the rape allegations brought them, but now it was her fault that she was so psychologically troubled that she attempted suicide in the first place?

Unfortunately, the implications of the ill and unfortunate circumstances that my friend experienced surface deeper than the legalities involved within this one instance. In fact, it pervades deep into the sociological roots of American society permeating itself into the thought and conscience perceived in the way in which society implicates the issues of rape as “choice” rather than it’s reality of “force.” Thus formulating the corollary of rape culture.

The phrase itself has been set ablaze throughout American society over the last year causing it to find a place within Urban Dictionary in which authors attempt to refute its existence in criticism of feminism (Which in itself is EXTREMELY misunderstood- but I will discuss that in a later article). Urban Dictionary advocates the definition of Rape Culture as such that: “the literal definition (of rape culture) would posit a culture that advocates and normalizes rape, which is blatantly not true of the Western world and why people obviously deny it because it doesn’t exist” (Urban Dictionary).

Now mind you, Americans also denied the existence of slavery, and cruelty and racism being wrong… Similar to the current trend of the popular notion of “some” instances of torture being acceptable. Also, do keep in mind for the next few paragraphs that much of American society (especially that of the college generation) believe the majority of everything they are told or read online, as ignorance is another thing that continues to be delineated as bliss throughout American culture as a whole (which will also be further discussed in a later article).

Amid the last year, there have been numerous articles on the topic of Rape Culture, one of my favorite being an article that Nerlina Maxwell wrote in criticizing Time for publishing an article dismissing the notion of rape culture as being a near hysteria that women in America have adopted to cover their negligent actions while drunk. This article published by Time came after an arbitrary statement on behalf of RAIN in denouncing the avocation of the mere existence of Rape Culture itself, which for any liberal or really thoughtful-minded individual, was extremely disappointing to read. Following along the path of dismissing RAIN’s arbitrary statement, in another article posted to HuffPost on behalf of Investigative Journalists at UMASS, students posed a variety of examples in which rape culture presents itself within American society. My favorite of which, was their example of newfound popular song “Blurred Lines” by Robin Thicke, in which he advocates the popular notion, as joked about among a large portion of the college population, that when a woman says no, just try again, because after all she really means yes. Or as popular phrased by comedian Daniel Tosh: *when a woman says no, it doesn’t mean no, it means try the neck, breasts and try back again in ten minutes.*

Now, I am a personal fan of Daniel Tosh and even Robin Thicke- indeed, they are very talented and entertaining individuals; however, the implications that these jokes bring with them is a stark contrast of the startling reality of the American acceptance and really, dismissal of rape culture as a whole. The problem isn’t that these jokes or lines  incorporated into their entertainment are the sole cause of the issue, but rather a small piece of a larger puzzle. These jokes illustrate the broader accepted notion of breaching a woman’s rights as not only being not a big deal but rather accepted within society, and really, expected as a social “norm”. Thus, rather than focusing on teaching young men how to respect a lady and young ladies how to demand respect, we accept the notion that when a woman enters a bar in a tight tank top and short shorts, she is really “asking for it,” thus further engendering the broader acceptance of rape culture within the American society.

I think that it is safe to assume that we can all agree that objective of rape is wrong. But what about when we change the circumstances in which rape is committed? Does that change a person’s beliefs regarding when rape is acceptable to be committed? Unfortunately, the answer is (in most cases), yes. In pointing back to my example of a woman entering a bar in what some might find to be “risque” clothing, many of us (if we are honest) would in fact contend that yes, she maybe was setting herself up for an unfortunate outcome. Not because we think that it is okay for a man to rape a woman (in fact many of us would contend that a woman has a right to dress how she wants and act how she wishes) but rather, because society has taught us that this is “her fault,” thus further contributing to another popular and often dismissed phrase within American society entitled: “date rape.”

It starts with a simple notion of advocating that when a female “puts herself into a situation” the outcome is her responsibility, and ends in the startling statistics that an American citizen is sexually assaulted every 107 seconds (RAIN) and only 3 out of every 100 rapists spend a day in prison for their vile acts, whilst America remains the country with the largest incarceration rate for nonviolent crimes such as possession of marijuana, which (in my best educated guess) will be nationally legalized within the next 20 years.

….Something needs to change.

Disclaimer: I am not a legal analyst, therefore all views presented within this article are solely my own opinion. Some names and identifying details have been changed within this article for the purpose of protecting individual’s privacy and rights. This article is not meant to slander any identified individuals or their reputation, but rather intended to create thought provoking discussion among engaged individuals in order to promote prosperity among the general population. 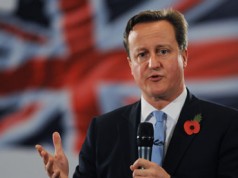 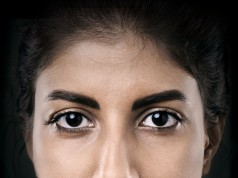 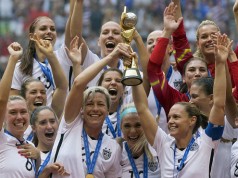 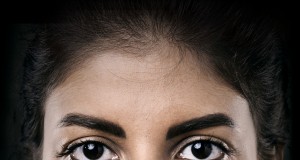