On Sunday reports surfaced stating that Saudi security forces raided homes in several neighborhoods in the town of Awamiya. Members of the Free Youth Movement broke the story in a number of posts on their Facebook page. No casualties were reported and no arrests were made. Although there were no casualties, there were reports of shots fired during the raids. The majority Shia town of Awamiya lies in the Al-Qatif region of the country which is also majority Shia. This town witnessed another raid on December 20th when five people were killed and several more arrested. The victims of this raid were pro-democracy protestors.

Saudi Arabia’s eastern province has been the site of numerous demonstrations since the region-wide demonstrations that erupted in early 2011. The demonstrations in this region have been met with violence from Saudi security forces which culminated in the shooting and arrest of Sheikh Nimr al-Nimr in 2012. Sheikh Nimr was accused of inciting violence and was eventually sentenced to death in October 2014. This charge has drawn criticism from many in the international community as Sheikh Nimr has advocated a non-violent approach to voice discontent during the uprisings. This death sentence has led to increased demonstrations, and in-turn more crackdowns from security forces such as the one witnessed on Sunday. 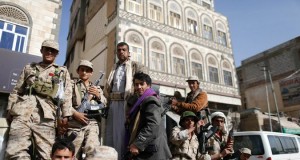 An Alliance against Sectarianism