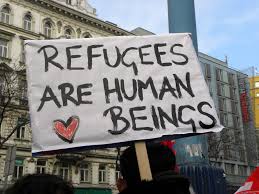 In the wake of the Orlando massacre, I, as many people are, am feeling a little helpless.  I sit in my Washington D.C. office far away from any violence that I read online or see on television.  Americans are so far removed from most violence that millions of people worldwide face every day.  Yes, we have our mass shootings.  Yes, we have a gun problem.  But, I believe Americans have bigger problems; the lack of education, detachment, short attention span, and ethnic discrimination.

These issues feed into one another. America is on its own island and is very self-interested.  We are only informed about the events at home.   Further, we are not taught about other cultures, nor do we seek them out.  We believe in our Christian ideologies.  Also, Americans are self-indulgent and want everything “yesterday”.

This said, I am proud to be an American.  I am not trying to give the impression that we are all this way.  There are many good people in this country trying to do the right thing.  Some, stay informed and try to help others.  Unfortunately, it is hard to get a good education in this country because it is so expensive. Therefore, many people in the United States live in an ignorant society filled with bogus information. Let me be clear; I’m speaking in general terms.

The Media is to Blame

Who is to blame for this?  The media.  The media keeps the American people in fear and spin much of the news.  Consequently, we only get a snippet of what is going on in the world.  Citizens are not getting all facts. We are getting the spin that is created in the self-interest of the government.

Case and point, the nation of Islam.  Americans are taught that Islam is coming and aims to destroy the western world.  Journalists use terms such as “jihad” and “radical Islam”.  This in turn causes a domino effect.  When reporting, scary terms are used to persuade our citizens.  The American people don’t understand Islamic ideology and therefore come to their own conclusions; all Muslims must be bad.

Let’s turn to Syria for a moment.  Since 2011, more than 250,000 have been killed with more than 11 million people displaced from their homes.  Refugees are doing anything possible to find safety for their families.  They risk their lives on overcrowded boats and journey thousands of miles in extreme heat and cold. These people are running away from Daesh as well as other militant groups trying to do them harm.

Who are these people?  They are mostly Muslim.  Peaceful, everyday people who want to live a normal life; human beings.  Over the past weekend, eight refugees were killed on the Turkish border. Seven of them were women and children.  The Syrian Observatory for Human Rights reports that 60 refugees have been killed since the beginning of the year.  The constant stream of people flooding into Europe is massive and causing much turmoil.

This brings me back to America who is closed to the idea of opening our borders.  We are so scared that Daesh will attack us on our own soil that we aren’t reaching out to help these refugees.  Did you know that other sects of Islam are in danger and getting massacred every day for their beliefs?  The narcissistic attitude of the western world needs to look into this crisis further.  Our generalization of the Muslim people is not only hurting those in need but it is hurting our nation.  America was founded on freedom of religion.  We are a melding pot of immigrants, culture, and ideas.  To not help these people find safety goes against everything this nation was founded on.

Our leaders and media have spread much fear throughout America.  There is now talk of “racial profiling” from one of our presidential candidates.  Isn’t this the very thing that is happening in the Middle East?  Many minorities such as Shia, Christians, and Yazidi are being profiled.  They are being violated, tortured, starved, pushed from their homes, and even killed.  This very notion is a very slippery slope.

Americans need to realize this is a global issue.  We are all one nation on this planet, together.  We need to help and love each other.  Education of other nations and cultures is key.  This notion that all Muslims are extremist and out for the western world is absurd.  America, along with the rest of the west cannot let rogue radicals of any kind define a culture or religion.  We are better than that.

This is our problem together, not just the warring nations.   We must stand up for those who cannot stand for themselves.  We must be their voice.  Do not let the elitists of our country drive us with fear.  We can have strength in unity.  Help those who need it.  Come together and show those groups who want hate and war that we are stronger with love.  I keep asking myself one question.  What if you or the ones you loved were in imminent danger?  Wouldn’t you want someone to help you and not turn their back on you because of your religion, race, or ideology? 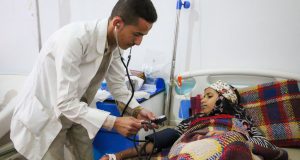