March 1, 2016- Several weeks ago, Peter Bergen, an American print and broadcast journalist, author, documentary producer, and well as CNN’s national security analyst gave a lecture at New America in Washington, D.C  in order to promote his new book “ The United States of Jihad: Investigating America’s Homegrown Terrorists.”  Mr. Bergen is a world respected author who has done much investigative work on the threat of terrorism, including conducting an interview with Osama Bin Laden, the former leader of Al-Qaida, himself, back in 1997, where he publically declared a war with America on national television. His book “Holy War Inc.: Inside the Secret World of Osama Bin Laden, gives a history of Bin Laden’s terrorist actions and words.  He was aware of the threat that Osama Bin Laden posed to the people of the United States of America, while our government, under the Bush administration, was sending troops to Iraq as a result of the 9/11 attacks. Peter Bergen’s insight into terrorist threats really sets him apart from others who do research in this field. The event also featured Bruce Hoffman, a professor as well as the Director of the Security Studies Program in Georgetown University, who makes an appearance as a character in the book.  Mr. Hoffman is also very knowledgeable on the world of terrorism and actually proved that Jewish terrorist groups helped lead to the founding of the Israeli State, an idea that is mostly over-looked when people think about terrorism.

Peter Bergen attempts to answer the bewildering question: why do Americans choose to join terrorist groups, despite their obvious anti-American ideologies?  (Answer: There is no explanation or point when it comes to evil) He argues that our lives and what we do in and with them are entirely based upon our life experiences and that all of our experiences work together to shape who we become as a person. When looking at individuals who join terrorist groups, the same is true of them; they were not born with the goal of becoming a terrorist nor did one particular event or idea cause them to stray down that path, instead their life experiences as a whole ultimately lead to them making that decision. He also notes however that two people can have the same life experiences, but still diverge in completely opposite paths.

That last statement made by Peter definitely rings true; for example, if a person is consistently bullied at school they can take many different measures following these attacks. If their main goal is revenge, they could potentially bring a loaded gun to school and shoot up their former bullies. However, if their main goal is to make sure other students are not bullied or made to feel as bad as they once did, they would go a completely opposite route, and instead would work to make anti-bullying campaigns and initiatives that combat school bullying. The second person in this example is also more likely to be understanding of others because they want to be that friend or person that they had needed, but never had. Although terrorism is on a much larger scale than school bullying, the fact remains that similar experiences can lead to completely opposite outcomes depending on the goals and attitude of the person in question. At the end of the day, there is no cookie-cut recipe for becoming a terrorist, as the same life-experiences that lead to terrorism could potentially lead to someone else becoming a human rights activist.

Peter also brings up is the influence of religion in terrorism. He argues that declaring that religion has no influence in terrorism is ultimately ignorant as it obviously plays a role to some degree. For example, extremist Muslim ideology led to extremist Muslim terrorist groups, and the same can be said for Christian extremism, such as the crusades when thousands of lives and cities were taken in the name of Jesus Christ, and Jewish extremism which helped found the state of Israel at the expense of the people already living there. Although no religion directly teaches violence, the extremist movements stemming from each religion ultimately came into existence because of that religion. That is because there are many ways to interpret the bible and other religious texts, so people can interpret what the religion calls them to do in various ways. He notes that religion can also be a key factor in stopping terrorism. For example, a Muslim religious leader from a mosque in Northern Virginia, dissuaded one person who was considering joining ISIS, from going toward extremism. This was effective because that person thought that joining was the right move on behalf of his religion, until he found out from a religious leader that terrorism was not a good move in the eyes of the religion.

I definitely agree with Peter that extremism can easily be encouraged through religious teachings. For example, in the Jewish religion, there are so many different ways in which the torah can be interpreted. As a reformed Jew, my rabbi constantly advices us to “take the torah seriously not literally,” which means to think of the stories as simply stories with teachable morals, as opposed to factual historic events that should be interpreted literally. As religious texts are ultimately philosophy and not history, the morals taught by religion are more important than trying to determine whether certain events actually happened or not. Going off of that idea, the moral of the book of the Exodus in which the Jewish people escape from Egypt and travel forty years until they find the promise land, Israel, would be to always persevere and never stop trying, even when the end goal seems impossible to reach due to obstacles. When thought of seriously as opposed to literally, Israel becomes a symbol of hope and prosperity for the Jewish people as opposed to literal land that the Jews have rightful ownership of. However, as Israel is often referenced in the Torah as the Jewish homeland, it is not shocking that people who take the texts literally think the old testament gives them claims to the land, and so while the torah never once encourages the Jews to kick people already settled in the land out of their homes, it does claim Israel to be the Jewish homeland, which ultimately, suggests ownership.

These questions on how religious texts should be interpreted based on God’s will are never definitively answered and so each religious leader might teach religion in a slightly different way, leaving no universal definition for what religious teachings mean and/or their purpose. This means that within each religion, its members will believe completely different things, depending on how they interpret texts and what their religious leader teaches them.  So while no world religion outright teaches extremism, it is still very possible for followers of a religion to interpret that their extremist actions are justified and encouraged by their religion and are done in the name of God. However, it is important to note that extremist groups in every religion are the minority and so it is never the religion’s fault as a whole. If any extremism emerges in the name of any particular religion, it would be the fault of the individuals who use that religion to encourage extremist action and of the individuals that blindly follow extremist teachings. However, the religion itself is never to be blamed. 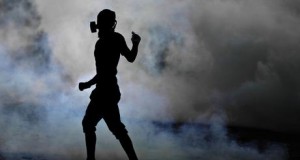