Over the past few weeks the world has been enthralled with coverage of the 2015 FIFA Women’s World Cup. For the month that the tournament took place everyone in North America was a diehard fan of soccer, despite the fact that they had most likely never watched a professional game of soccer, outside of the World Cups, in their lives. But one other fact was glaringly true during the 2015 Women’s World Cup and is highlighted in the fact that the Grand Prize for the winning team was $33 million less than at the Men’s World Cup. Just like the world is willing to overlook the corruption, human rights violations, and gross mismanagement of tournament funds during the men’s World Cup every four years, the world seems just as keen to overlook and forget the glaring and disturbing gender inequalities and sexism present within the world of women’s soccer.

The world of professional sports has been one area greatly ignored by feminist movements. During the second wave of feminism in the 1970s, writer and Professor Hollis Elkins outlined the four primary reasons why the women’s movement seemed hesitant to comment on the issue. She argued that female athletes themselves were hostile towards the feminist movement, that many feminists wanted to avoid the double suspicion of lesbianism that is associated both with feminists and female athletes, that sports were the field where men got to be manly and prove their manliness, and that inclusion in sports seemed superficial compared to the fight for equal pay, right to work, or the availability of contraceptives (Mertens, 2015). Today women’s soccer is still a place where unequal access, unequal pay, and unequal working conditions are all prominent issues that seem to get ignored.

That is until 2011 when the men’s team was faced with a serious roster problem. Neymar was offered positions in European leagues and Brazil had to find some way to match the salary offers. The obvious solution to them was to completely dissolve the women’s team, operating at a mere $667,000 per year, in order to subsidize Neymar’s salary (Oxenham, 2015).  This move left not only Marta, but also other world-class athletes such as national team members Erika Cristiano and Cristane Rozeira de Souza Silva with no viable league to play in. For most of her career Marta, who also happens to be the five-time FIFA World Player of the Year, struggled to find a league that could stay afloat long enough for her to build a career in.

The next point that can be made is regarding equal access to media. Last month Communication & Sport published a 25-year study tracking the media visibility of female sports. They found that women’s sports were only mentioned in two to five per cent of all American broadcasting, less than what it was in 1989 (Harwell, 2015). ESPN’s SportsCenter only dedicated two per cent of its coverage in 2014 to women in sports and even websites dedicated to feminist issues seem reluctant to cover female athletes (Mertens, 2015). I’ve heard it argued that there just isn’t an interest in women’s soccer, therefore broadcasters and sponsors have no reason to invest. And this argument would make perfect sense to any free-market capitalist… if it were true.

In Seattle where the men’s team receives ample access to media, sponsorships and venues like CenturyLink Field for games, they average 44,000 attendees per game. The women’s team—which has soccer royals such as Hope Solo and Megan Rapinoe on the roster—is advertised so little that most people who live in the city don’t even know they have a professional women’s soccer team (Mertens, 2015). But what happens to viewership when men’s and women’s professional teams are treated equally?

In Portland the men’s and women’s professional soccer teams are owned by the same company and are the teams are treated equally by owners, fans and media. The 22,000-person stadium where both teams play is typically filled with families, young soccer players and large groups of adults (of both genders) who eagerly attend to watch the women play (Mertens, 2015), thus proving that if media and owners treat American men’s and women’s teams equally, there is a large audience for both teams. If this isn’t proof enough that there is an appetite for women’s soccer, Fox reported that the 2015 FIFA Women’s World Cup final game brought in an outstanding 25.4 million viewers—more than both the NBA Finals and the Stanley Cup Final this year (Hinog, 2015).

The second point to be made focuses on unequal pay. There is not enough room to do a full analysis of the salaries of men and women soccer stars around the world, but I will lay out a few statistics. When both Neymar and Marta played for Santos Fuetbol Clube, Neymar made $447,000 a month – just under the entire annual operating budget for the women’s team (Oxenham, 2015). In America, the minimum salary for an athlete in the National Women’s League just increased this season from $6,000 to $6,842 per season (Mertens, 2015). This is one-third the minimum salary of the National Men’s League. The winning team of the FIFA Women’s World Cup (that game that brought in record high viewership) gets a $2 million grand prize, which is a quarter of what FIFA awards to a team in the Men’s World Cup that loses in the first round (Harwell, 2015). They get $8 million for showing up and losing but the best women’s team in the world gets one quarter of that.

And lastly, unequal working conditions. In an unprecedented move last October, just eight months before the start of the Women’s World Cup, 84 women from 13 different countries filed a lawsuit against FIFA and the Canadian Soccer Association for gender discrimination (Gordon, 2015). Their claim was that for the 2015 World Cup Tournament they would be forced at all six tournament venues to play on artificial turf instead of real grass. While FIFA maintains that there are no proven risks involved with using turf, United States Women’s National Soccer Team member Alex Morgan joined the lawsuit because in her experience playing on turf increases post-game recovery time and puts additional pressure on the players’ tendons and ligaments (Litman, 2014), not to mention the more extreme skin wounds that occur when players slide and dive on turf instead of grass.

Most people have not even heard of the lawsuit. This is partially because it has garnered little to no international media attention and partially because both FIFA and the Canadian Soccer Association tried to keep it as quiet as possible. So much so that many of the women who were named in the claim received strict ultimatums of dropping the lawsuit or being suspended from the tournament (Gordon, 2015). Ultimately these women had to choose between what they felt were their rights and what may be their only chance to play in the most important and prestigious tournament of their careers.

This article just touched on a couple of the gender inequality issues within women’s soccer. It doesn’t mention the fact that in many developed countries there was a ban on women’s soccer until the late 1970s or that women in countries such as Iran are still banned from even watching, let alone playing, soccer. This article also don’t touch on the sexual exploitation within women’s soccer or on the different uses of sexual imagery in male vs. female sponsorship ads. Or the fact that when current FIFA president Sepp Blatter was asked how to best increase the viewership of women’s soccer, his answer was that the women should wear tighter shorts and be more aesthetically pleasing (Christenson & Kelso 2004).

It has been thirty-seven years since Hollis Elkin wrote on the feminist’s movement’s exclusion of women in sport. In those thirty-seven years that has been very little done in terms of the advancement of women in athletics. In most of the western world we are allowed to play the sport and campaigns have been promoting the inclusion of girls in sports for decades. However, there are still growing inequalities between men’s and women’s soccer and the feminist’s movements appear just as hesitant as they were thirty years ago to discuss the issue. 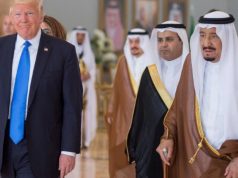 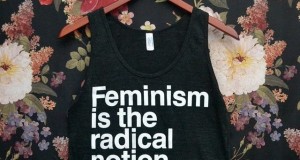