One year ago on June 12th, Iraqi soldiers stationed at Camp Speicher in Northern Iraq were kidnapped by ISIS militants and taken to Tikrit. There they were divided among sectarian lines – the Sunnis allowed to live, the Shiites immediately condemned to death by firing squad and laid face down in a mass grave. By ISIS’s own estimate 1700 Shia were murdered that day with reports saying that there were hundreds more being held hostage. This massacre represents the largest mass killing of Shia Muslims in Iraq’s recent history. While this story may be the most sensational, it is by no means an isolated incident. Everyday members of the Shia minority around the world face persecution, discrimination, illegal incarceration, torture, and sometimes death due to their religious affiliations. It is in the memory of these soldiers that Shia Rights Watch proclaimed June 12th to be International Shia Rights Day in order to promote awareness of minority rights violations and increase advocacy efforts for minority rights around the world.

The focus of this year’s campaign is on the 550 minors in Bahrain that have been illegally detained, held in prisons without contact with their families, and at times tortured and killed because of their involvement in peaceful anti-regime assemblies – a right dictated in Article 20.1 of the Universal Declaration of Human Rights, of which Bahrain is a signatory of. Young teens are facing struggles that nobody should have to face and many have sacrificed their futures or given their lives in hopes of one day making Bahrain a more peaceful and tolerant place to live.

As someone who grew up in a peaceful, western society it is hard to imagine the decisions that these minors must make just to survive. At 14 years old the worst experience I had was the constant agony of worrying whether or not I fit in with the other girls. Mohammed Mansoor, at the same age, was removed from his home and family during a systemic raid, subjected to harsh physical beatings, and electric shock torture. At 11 I remember learning about the wonders of the Canadian democratic system in elementary school. Alternatively, 11 year old Jihad Al-Sameea is being held indefinitely for taking a stand and speaking out in favor of the same democracy I learned about eleven years ago. Finally, while I don’t remember being an infant, I can safely assume that my mother and I were not held on terrorism related charges in a state prison like 24 year old Zahra Al-Shaikh and her infant child are.  These again are just a few examples of the human rights violations that are taking place against the Shia minority in Bahrain every day.

For the most part people in the western world are unaware of the daily struggles others face in their search for freedom and security. I hope that on June 12th you join Shia Rights Watch to honor the sacrifices that are being made by minority groups around the world and that in the future, you speak up against injustices such as the ones mentioned above. To learn more about country specific incidents you can go to the website shiarightswatch.com. To participate in the International Shia Rights Day, you can tweet your support to #612Shia Day or watch for volunteers handing out roses in Farragut Park at lunch on June 10th or after work June 11th at Dupont Circle.

If you think that it does not affect you personally, remember what Martin Luther King Jr. said – “Injustice anywhere is a threat to justice everywhere.” 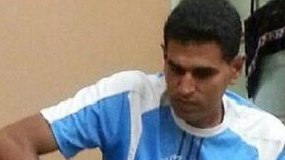 No One Is Safe!