This article is in continuation of a previous post about Daesh.

The current administration has made it clear that it is willing to intervene in other countries’ affairs in order to protect lives, and remove leaders that the United States government does not necessarily agree with (Libya and Syria). So the President’s decision to provide air strikes against Daesh should be no surprise given the recent foreign policy. However, President Obama’s recent move to ask for a new Authorization for Use of Military Force (AUMF) illustrates an escalation in the conflict. Many state that the proposition of a new AUMF is pointless, because the President already has the power to do what he wants under the previous AUMFs. Some in Congress are glad that they are getting the opportunity to debate the issue, and get to represent their constituents’ interest in the subject of military intervention overseas. The decision to issue the new AUMF could be misconstrued to constitute consent by the people for all out war, and that is an issue.

The AUMF calls for the President to be able to use ground troops, but would prevent them from being used in “enduring offensive ground combat situations.”[1] The Authorization also limits itself to a three year time span, but does not state any geographic restrictions.[2] This is almost as troubling as the Gulf of Tonkin Resolution or George W. Bush’s War on Terror, because it gives the President a blank check to go on a witch hunt. Section 5 of the AUMF defines the people targeted by the Authorization as “individuals and organizations fighting for, on behalf of, or alongside ISIL or any closely-related successor entity in hostilities against the United States or its coalition partners.”[3] This vague language allows the government or its allies to define who is a terrorist and who is not, and there is no clarification as to how one would become classified as an Daesh follower. Saudi Arabia already uses their anti-terror laws to put peaceful protesters in jail for tweets[4], and the Saudis are allies of the United States.

Some may question why the United States Congress does not simply declare war on Daesh, or why a multilateral coalition of United Nations peacekeepers is not sent in to stop the rise of Daesh. Although those are great questions utilizing an understanding of the United States and the international systems, they both have the same problem. The declaration of war is made by two or more sovereign countries on each other, and the institution of international peacekeepers is to maintain a safe environment for two or more countries to negotiate. Both of these solutions to fighting Daesh grant them recognition as a state, and legitimize their cause. The AUMF is the best way for the United States to declare war on a non-state actor without recognizing them as a legitimate state.

There was a war game conducted in which the actors simulated an escalation on the part of Daesh in the form of Daesh gaining support from the Sunni areas of Baghdad, or a large terrorist attack on American lives/interests committed by Daesh. They wanted to examine what the reaction of the United States would be if Daesh went back on the offensive; whether we would try to wash our hands of it or go all in with boots on the ground. The resounding thoughts were that we have to do something, we don’t want to put boots on the ground, and the middle ground is bound to fail. The United States is currently pursuing a strategy of containment, and was described by the actors as “middle ground plus.”

The actors played the parts of the Allied forces, Daesh, regional forces, and a bystander. They wanted to think about what would strengthen and weaken Daesh, and how they could be more proactive. One of the difficulties is that many look at this conflict from a short term war, but experts estimate that it could be a generational effort. They compare the current crisis to the events of World War I: everyone thought it was going to end quickly, but it was more evenly matched. We need to remember that Daesh has the territory, a disenfranchised population to exploit, and has access to modern weaponry that was mistakenly dropped in their area[5].

Another wrinkle is that Daesh can watch our political process as we separate on partisan lines just to spite others. Daesh has shown time and again that they are a learning organization by finding ways to get past checkpoints or building defensive barricades. This creates an especially difficult enemy to defeat, because they know every move we are going to make unless it is a covert operation. While they have easy access to our moves, we also have very little insight into their divisions and shortcomings. The announcement of a date for the liberation of Mosul makes me question why the administration did such a thing when one considers the aforementioned factors. It just defies rational judgment, because there is no doubt in my mind that it will only make taking the city all the more difficult.

In conclusion, we need to be cautious about the new Authorization for Use of Military Force, because it is too vague. However, it should be approved, because there is no other way to degrade Daesh without accidentally recognizing them as a state. We need to remember as citizens that this conflict will last longer than expected, because Daesh is a learning organization that can work more quickly than we can while observing our vulnerabilities. There needs to be action taken against Daesh beyond air strikes, because we should not hesitate when killing inhumane monsters. 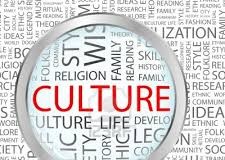