Washington, January 30, 2015. Shia’s of Pakistan are left in turmoil yet again today, as an explosion took the lives of 56 in Shikarpur, Pakistan, many of whom were reported to be children.Friday prayers seem to be the new target of terror groups as this is the second Shia Mosque explosion in the month of January. Earlier this month, six were killed and 17 were left wounded with the detonation of a suicide bomber after Friday prayers outside of a Shia mosque in Rawalpindi, Pakistan. While the nature of the explosion is yet to be determined, sources say the detonation left the mosque in rubble, burying prayer attendees alive. Bystanders were left to retrieve injured from under ruins and drive them to local hospitals as ambulances and local medics would not suffice in saving those left to die.

Despite the government’s pledge to “crack down on militant groups,” and “speed” convictions of terror personnel’s, citizens and minority groups live in despair. Sources say one of Pakistan’s main terrorist groups, Jundullah (“Soldiers of Allah”) have claimed responsibility for the explosion and with the group’s spokesperson, Fahad Marwat’s announcement phrasing Shia as “enemies,” there seems to be no end to the targeting of Shia minority for their beliefs. This attack was the fifth of its nature in the past year.

With each coming year, death toll against Shia worsens, and there is little done by authorities to stop this ruthlessness. Sectarian crimes are left unpunished by the government and security forces continue to fail to protect Shia minorities all over Pakistan. 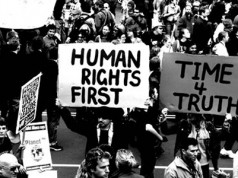 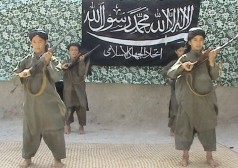 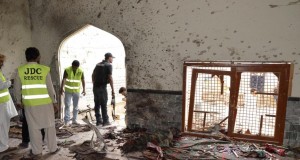