An Iranian national is set to stand trial after being arrested in 2014 after Yemeni officials suspected that he falsified documents in order to spread the Baha’i faith in Yemen. Hamid Mirza Kamali Srostani, who Yemeni officials say went by the name of Hamid Kamal Mohammed bin Haidarah, is believed to have incited a number of Muslims to leave Islam and embrace the Baha’i faith through the promise of money and charitable aid according to the prosecution.

Saba Net, the official news agency of Yemen, states that between 1991 and 2014 Srostani has worked with the Universal House of Justice in Israel to promote the Baha’i faith in Yemen through land purchases and business ventures. Srostani was able to do this, the prosecution adds, through the falsification of documents. Srostani is a resident of the Socotra archipelago and did business in the capital city of Sana’a and in the southern city of Mukalla, where he was apprehended by security forces. The United House of Justice serves as an arm of the Baha’I World Centre, also in Israel, which is the spiritual and administrative center of the Baha’i community.

This case is similar to the arrest and trial of seven Baha’is in Iran in 2008. The group of seven were accused of spying on behalf of Israel. 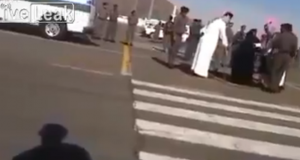